The first ever randomised controlled trial on colorectal cancer (CRC) screening with colonoscopy reveals significant differences between endoscopists' performances. Findings from the NordICC-study was published this week in JAMA Internal Medicine. 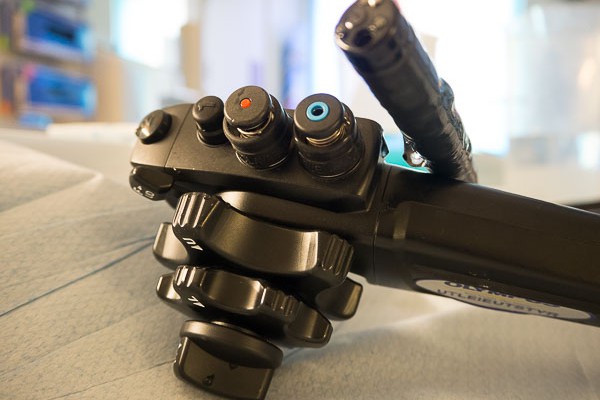 The trial is headed by professor Michael Bretthauer, and several members from the Clinical Effectiveness group (Michal F. Kaminski, Magnus Løberg, Miguel A. Hernán, Mette Kalager, Kjetil Garborg, Geir Hoff, Hans-Olov Adami) have contributed to author the paper. The Nordic-European Initiative on Colorectal Cancer (NordICC) Study is performed at multiple centres in Norway, Sweden, Poland and the Netherlands. The first paper from the NordICC study was published this week in JAMA Internal Medicine.

In the study, 95,000 men and women were randomised to either colonoscopy screening or no screening for CRC. In Norway, 60 % of the participants invited to colonoscopy showed up for the screening examination. Polyps (wart-like outgrowths in the colon) were found in 1/3 of those screened, and CRC in 0.5 %. This is twice as many polyps detected, and 70 % more cancers detected, as compared to a previous Norwegian study on screening with flexible sigmoidoscopy, the Norwegian Colorectal Cancer Prevention trial (NORCCAP). This is as expected, since the whole colon is visualised during colonoscopy, rather than the distal part only.

The study also shows surprisingly big differences in endoscopists´ performance levels. While adenoma (precancerous polyp) detection rate is recommended to be above 25 %, it varied between 10 and 40 % for endoscopists participating in the study. This reveals a need to improve teaching and training of present and future endoscopists.

Norwegian screening participants reported the lowest levels of pain during and after the procedure. In Norway, it is common to insufflate the colon with CO2 rather than room air during colonoscopy, to improve visibility. As Bretthauer and colleagues  have previously written in Annals of Internal Medicine, there is compelling evidence that CO2 insufflation improves the patient experience of colonoscopy.